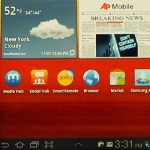 Install Android on Nokia. You may wonder how it is possible. Then there is a small trick to get this huge hack. Don't think this will change your entire Nokia Symbian software and replace it with Android. This particular application will help you to install android on Nokia to get same interface as that like of Nokia.  I was looking for some thing similar kind of application for my friend. I didn't get any thing and left it after long search. But recently I come across a website and checked this application with my friend's phone. It was working fine. So i would like to share this simple info with my readers.

Android is a Linux based operating system for mobile devices such as smartphones and tablet computers. It is developed by the Open Handset Alliance led byGoogle.

Have a look at the User Interface on Samsung Nexus 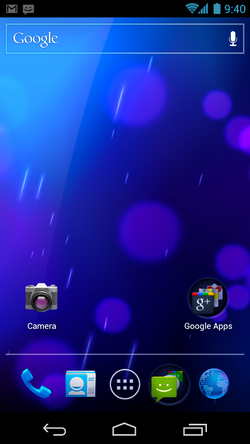 This particular app is working well with Symbian 60V5.

So this application will work fine with above given mobile phones.

How to Install Android on Nokia(Only User Interface)

To Know more about this read this particular tutorial. In this tutorial he is explaining all about installing Android 2.1 User Interface on a Nokia 5230. Read all comments and tutorial if you have any Bug or Problems with this application.

Get Latest Mobile Games and Cool wallpapers for nokia and more

If you know any similar kind of software, don't forget to mention here as your valuable comment. I am also looking for similar kind of Applications to share with my friends.

How to Create a Free Blog in Blogger.com

How to Display Blogger Widgets Only in Home P...

nice website...and very use ful news...
Thanks for your comment.
nice trick thanks for share, I'm going to grab my favorite android apps for my Nokia X6
Thanks for visiting.
Thanks its go0d
The file You are looking for... may be deleted by the user or by the Administrator ! i want this app
Please check the resource link for more information.
thanks for a useful info!
yar this is joke,you just trying to show us a GDESK theme which is very large on ram and memeory,you said android 2.1,you should further not tell lie.still thanks. tbis should be Install Android 2.1 UI on Nokia S60v5 mobile like get android theme in s60v5 phone i comment just to save other user to escape. moreover you can google with the term like : HT EMULATOR ,ANDROID EMULATOR, BLACKBERRY EMULATOR adding s60v5
Thanks for your response. I already mentioned it na? This theme will change only "user interface of Nokia s60v5"
you true,anyway,thanks for sharing,:) cheers
Thanks for your kind support for others...

How to Start a Blog on Bluehost using WordPress?

BlueHost Review, Why Shared Hosting is Good for Beginners as well as for Pro Users

How to Install WordPress on your Windows PC using Xampp